Like rival Uber (NYSE:UBER), Lyft (NASDAQ:LYFT) is in the midst of a curious though undoubtedly impressive rally. In fact, Lyft stock has more than doubled from its 52-week low which it hit last month. 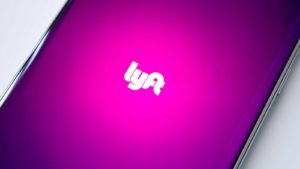 Over the past several weeks, the stocks of many companies that have been most severely affected by the novel coronavirus outbreak have rallied. Airlines, casino companies, cruise operators and, yes, ride hailing firms have all been in that category. Many of these rebounds have been rooted in hope, rather than grounded in credible fundamentals.

As is the case with all of the aforementioned industries, the recent resurgences by Lyft and Uber appear to be pricing in a return to the pre-coronavirus way of life soon after the respiratory illness is vanquished. However, some airlines are already saying the old normal may take quite awhile to return, if it ever does. Any investor who buys Lyft today with the hopes that life will go back to the pre-crisis days this year is making a risky bet.

A question investors should be asking about the recent rally of Lyft stock is how much of it is attributable to news that the company is wading into food delivery. That’s right. It’s 2020 and Lyft is just now getting into a racket Uber has long been involved with through Uber Eats.

Lyft’s Essential Deliveries service is being tested in 11 cites. While that will help Lyft’s drivers earn some cash, the fact that Lyft is moving into this business so late in the game shows someone at Lyft was probably asleep at the wheel (the pun was intended).

In today’s coronavirus environment, food delivery is essential for customers, and companies that engage in it are rewarding their investors. It’s not a coincidence that Domino’s Pizza (NYSE:DPZ) is up 23% year-to-date while the S&P 500 is in the red.

While Lyft’s foray into food delivery could be a catalyst for the stock in the future, it’s also risky because cuisine delivery isn’t the company’s core competency, like it is for Domino’s or DoorDash. As a UCLA Anderson School study notes, companies in this space that don’t execute risk losing customers almost immediately.

“Specifically, orders that arrived 10 minutes later than promised led customers to place nearly three fewer orders in the following month,” according to the study. “In contrast, if the order came 10 minutes earlier than expected, customers would order more, but only an average of 0.74 extra orders per month.”

Lyft, and Uber, for that matter, face a ton of headwinds, aside from Lyft’s late foray into food delivery. What cannot be glossed over when it comes to ride-hailing stocks is that over the past five weeks, roughly 22 million Americans filed for jobless benefits.

Those unemployment numbers spotlight Uber and Lyft’s increasingly contentious relationship with California. That’s because the state’s A.B. 5 law that went into effect earlier this year seeks to classify the drivers who work for Uber and Lyft as full-time workers, something the companies are fighting tooth and nail.

That fight will cost lots of money, and neither Lyft nor Uber is profitable. Now, with the economy a mess and ride-share demand essentially non-existent, the California-based drivers of Uber and Lyft want unemployment benefits.  They should be entitled to such benefits under the new California law.

And abandoning California isn’t a viable alternative for either company because the state is home to eight of the 50 largest U.S. cities. Lyft and Uber could become winners when it’s clear the economy is on firm footing and they prove they’re capable of generating profits. Unfortunately, that scenario is not yet unfolding.

Todd Shriber has been an InvestorPlace contributor since 2014. As of this writing, he did not hold a position in any of the aforementioned securities.